Bachelors is a moving image project commissioned by Zeppelin Universitât as part of a wider project involving the photographic archive of French sociologist Pierre Bourdieu. The aim of the Bachelors project was to focus on Bourdieu’s early research and involved re-enacting or re-staging something of Bourdieu’s objective methodological approach - ‘the understanding gaze’ - through fieldwork to collect moving image and other documentary material.

Bachelors is a non-narrative moving image work informed by both Bourdieu’s photographic practice and the places where he grew up - in the Pyrénées Atlantique region of south-western France - places which formed the basis of some his writings. Bourdieu’s advancement of the idea of ‘the understanding gaze’ is central to the approach adopted; the viewer is invited to give their attention to the ‘static’ moving images and sounds, to pay attention to detail, to invest some time. The use of ultra-HD 4K video enables this scrutiny. The ‘bachelors’ of the title are the featured plane trees, which ring and define the exact spot in the small town (or bourg) of Lasseube where Bourdieu’s bal des célibataires took place, now - in relative terms - redundant artefacts, supplanted by a recent permanent structure for civic ritual which mimics the trees’ form but lacks their gravity. Bourdieu’s father was the postman in Lasseube; by chance, his successor, the town’s current postwoman appears among the moving images.

Bachelors is being shown from 6 March to 10 May 2020 at White Box, Zeppelin Universität, as part of 'Der verstehende Blick’, in conjunction with Pierre Bourdieu’s photographic archive (exhibition design by der Kooperative für Darstellungspolitik). 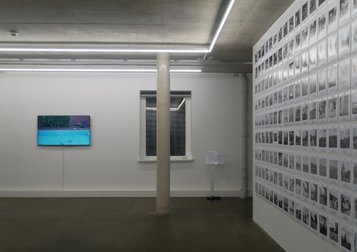 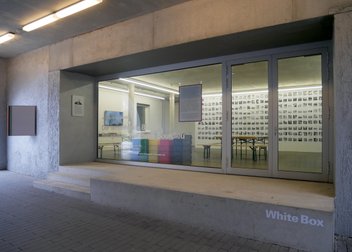